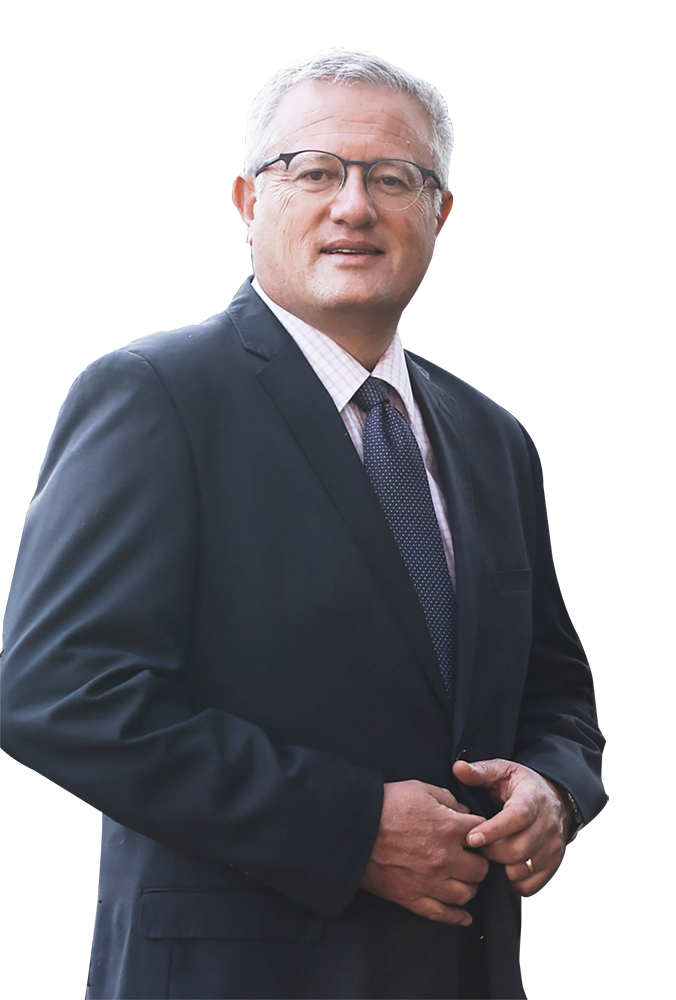 A pandemic has hit the World, causing every country to reset and take a step back, assess its strengths, weaknesses, areas in need of development, and importantly also those priorities which now do not seem to be that important.

For the first time in a long time, Governments have decided not to let the annual epidemic season go-by unnoticed. In so doing, those Prime Ministers and Presidents have staked their political futures on the double-edged sword of being seen to be concerned for human life on the one hand, and brave enough to weather an economic storm, a tsunami of Biblical Global Proportions (BGP), on the other.

Undoubtedly those two concerns, the population health versus the economy, are diametrically opposed. Is this why, over past 20 years, the effect of 1-2 million annual deaths by MERS, SARS, Ebola, flu, and other such plagues has been left mostly unchecked, in-comparison to how we are rallying around the call to combat COVID-19 in 2020.

Interestingly, economists and other self-proclaimed prophets forespell the end to globalisation. At the same time, the World spends every waking moment glued to every word coming out of the World Health Organisation, the United Nations, the International Monetary Fund, NEPAD, the European Union, and every other economic alliance on the planet. Globally, Governments have never before been asked to act in concert to this extent, to help more impoverished Governments financially and with physical resources. The World is behaving more as-one than in any period in-response to any previous crisis.

One cannot help feeling that every countries response to how we are dealing with COVID-19 is a dress rehearsal for something far worse to come. Governments have realised that now is the time to take stock of all categories of their resources. These resources, from the physical, being hospitals, doctors, beds and equipment, to financial – in-terms of fiscal reserves, amassed for times like these. Then there is taking stock of the hidden – those things which are defined by the country’s culture. For example, the Americans are out there, while the Japanese are extremely reserved. South Africans have open hearts and live the concept of UBUNTU and Charity.

What has this crisis shone a light on?

Great leaders are rising out of the embers of this crisis. Some are already in positions of authority. They are proving their mettle, their steel, and showing what it means to hold the course in the face of multiple lobby groups and vested interests – redefining and revealing what it means to make a decision and stand by informed and guided interventions, irrespective of the personal fallout. Our President is undoubtedly one of those; equally, the Prime Minister of Sweden is another – opposed strategies and yet similarly measured and driven.

Then there is leadership in civil society, those who have voluntarily left the sanctuary of quarantine and social isolation, to respond to the immediate and dire social consequences of the lockdown; hunger and financial deprivation. Financially, people like Johan Rupert and the Oppenheimer’s set the pace in the economic ether of this country, when they needn’t have. They led the way, and then the rats-and-mice followed later having to be seen to be doing similarly. Jumping on that Philanthropic Bandwagon having seen the massive social benefits of goodwill and generic brand benefits which arise from giving. Doing so in-response to the clarion call from civil society asking, ‘Where are they? The other Billionaires?’

When I speak of leadership in civil society, however, I don’t think of Rupert’s, the Oppenheimer’s, the Motsepe’s, or the various Family Foundations and Trusts. I think of Marilyn Bassin. On her own as a single white woman, this feisty never-take-no giant, has been doing good amongst orphans and women in distress in Soweto. She has been feeding, clothing, and lightening the desperate lives of the most vulnerable, when others, even from that community, stand by idly. When children who have emerged from the sewers of the most deprived areas of that township as doctors, lawyers, and professionals and have never looked back, never returned, Marilyn, has been there – consistently active for over a decade with her Boikanyou Dion Herson Foundation.

It comes as no surprise, therefore, when now the need is so much more severe, that this great, if unconventional social leader, has got down and dirty with a rallying cry for her donors and benefactors to “do more”. That leadership is innate, not democratic. It’s what distinguishes the political opportunist from the pure-of-heart.

What this crisis has also done, is to shine a light on the difference between nurse and healthcare professionals in Italy, Spain, and the UK, and what passes for a modern-day South African nurse. The fact that in non-South African countries, being a nurse or para-medical is a calling, whereas, in South Africa, it is very much sheltered-employment. The fact that now, during this crisis, we have nurses picketing outside hospitals and nursing homes, with demands for extra pay, danger pay, and using the paucity of PPE’s as an excuse not to treat the sick, the elderly, the dying and also refusing to take care of the dead properly!

That’s something we have learned about ourselves as the current, thoroughly modern, South African.

Since the onset of the lockdown, a warning signal for South Africa has been the insights we have gained into the ‘Heart of Darkness’, which is the ANC/SACP/COSATU Politician.

From the CORRUPTION, which has occurred where the State has paid R1,200 for food parcels costing less than R120. To the CORRUPTION evidenced by local and national politicians, including Ministers of State, who have taken those food parcels for nepotistic distribution amongst their networks. To the very UN-AFRICAN and SA-peculiar xenophobia, which we as South Africans exhibit again and again. In this instance, in depriving foreigners, who are here either legally or illegally from access to in many cases, legitimately earned UIF, or to sorely needed philanthropically motivated food parcels, when they have nothing. No Resources!

Worse still are the ongoing and racist inclinations of Ministers such as the SMME Minister, The Tourism Minister, and the DE&L Ministers. They are creating racial schisms in society that will never be repaired. This has taught us how susceptible our Government is, and how beholden the Tripartite Alliance is, to the vested interests of black leadership in South Africa. They didn’t cause COVID-19, but they were quick to pounce on the opportunity to exclude the white business employer from any meaningful lifeline – the singular innovation emanating from those circles, ‘Racial Exclusion and Marginalisation in the time of need’.

Never before in the history of technology has there been as widescale an application for Webinars and Online Meeting Portals (OMP’s) as there has been since February 2020.

With the utilisation of sites such as Microsoft Teams, GoToMeeting and Zoom, comes a single revelation – that not everyone is cut out to either present nor participate in virtual engagements. While some presenters have risen, like the proverbial Phoenix, to become instant sensations. That magic has eluded the majority of people who otherwise, in an actual face-to-face situation would be engaging and personable, but on a virtual basis have proven to be boring, banal and well… distant!

For many, having to attend sessions, fake interest, be awake and worse to exhibit a show of participating, is agonising. It’s as challenging to be a participant as it is to rise to the daunting task of presenting or facilitating.

One cannot help feeling that there has been a lack of innovation and application when it comes to developing new ways of presenting. Alternatives to PowerPoint will still perhaps come. Indeed, as these virtual sessions become part of the business fabric after Level 1 is achieved, and indeed the ‘New Normal’, we will undoubtedly see better online curation of content and material as an alternative to the cutting and pasting currently being experienced.

What is fascinating is how unprepared the majority of primary and high school teachers have proven to be, in transferring the classroom experience to online teaching, training, facilitating and mentoring. Schools have been spending considerable amounts in the last couple of years embracing Microsoft Teams, and yet the result is a huge let-down. Minimal resources have been created from hundreds of hours of online class engagements. What a Waste. What a revelation. And yet, a small proportion, the truly gifted and engaging, inspiring and innovative, rise to chart the way forward.

One major revelation is the speed with which providers can move to offer online courses and even SAQA and QCTO-Accredited Programs. Certainly a revelation in-comparison to how slowly they have seemed to move in the past.

Equally impressive has been the number of typical back-office content suppliers, able to operate via branded players traditionally operating on a brick-and-mortar basis. Their agility and sharp minds herald a new group of successful online players, ready to embrace and respond to the challenges.

While Julius Malema and his ilk have been screaming for the country to nationalise mining, it is clear and evident that the real call should be to nationalise Vodacom, MTN and every other bandwidth-licensed robber baron. They are currently bankrupting civil society of their single most important scarce resource, namely money in-exchange for bandwidth.

Bandwidth should be a human right, especially in the face of a pandemic, and yet there have been no meaningful concessions made, nor any requested from ICASA-licensed businesses, by Government. One has to wonder why? Why are the companies which own the infrastructure and ISP’s in South Africa, our ‘Holy Cows’ and as untouchable as they are? Which Ministers and political parties are getting what, to ensure that these companies remain untargeted?

The decimation of in-centre small retailers?

Over the last three decades in South Africa, we have seen the conscious destruction of high street shopping. Property developers and politicians have colluded to drive small retailers like cattle, into shopping centres where they have become beholden to property Randlords.

With the advent of COVID-19 and the…

Read the full article by Dr Ivor Blumenthal, CEO, ArkKonsult, as well as a host of other topical management articles written by professionals, consultants and academics in the June/July 2020 edition of BusinessBrief.