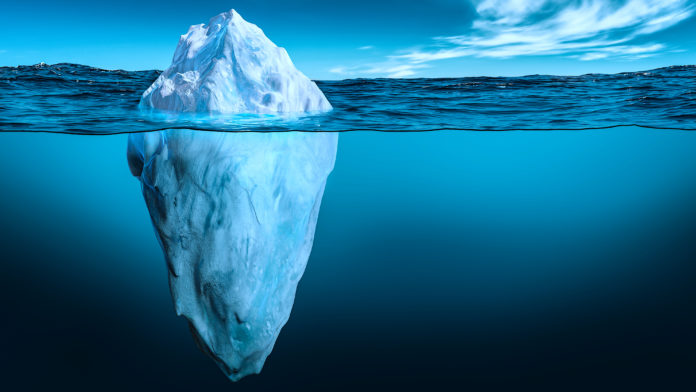 The tip of the iceberg – what we know

It has been said that the visible tip of the iceberg is only about a tenth of what lies underneath the water.

The captain of Ship SA, President Cyril Ramaphosa, can surely see the iceberg that we are heading for and one can almost hear the call go out for us to ‘brace for impact’.

The iceberg is an economy that is in crisis – an unemployment rate of 42% (using the expanded definition), GDP growth projections down by 7.8%, tax revenue projections at R304 billion less than originally budgeted for, a budget deficit of R709 billion for 2020/21, a current debt to GPD level of 81.8% and debt service costs (interest) currently amounting to 21c in every tax Rand collected. Not to mention a bloated public service wage bill that has grown to over 40% of tax revenue.

What is submerged and how will we navigate around it?

If you take a closer look, we are confronted with what lies beneath. The COVID-19 pandemic has certainly caused a layer of additional problems to form around what was clearly an already ominous and visible tip of this proverbial iceberg.

Large scale retrenchments (resulting in job losses of approximately 2.2 million) and an alarming number of businesses going into liquidation have added risks which are becoming visible now.

This obstacle is rapidly gaining in size and Ship SA seems to be on a collision course which might not be avoidable unless the captain and his navigator, the Finance Minister, can come up with a plan and then implement it to ensure that we can get through this, even if a completely safe passage seems unlikely.

The first critical step must surely be ensuring that expenditure does not exceed revenue. Despite the added challenges of COVID-19, the government has stated that it will attempt to put the brakes on government spending to narrow the gap.

With tax revenue planned to only increase by R40 billion over the next four years, according to the Supplementary Budget earlier this year, the expenses still exceed the revenue and this gap is increasingly funded by debt. These spiralling debt levels, measured against a low growth or contracting economy, are also becoming more expensive.

South Africa has the highest projected increase in debt over the next three years compared to any of its peers, indicating just how dire our situation has become.

The items giving rise to the debt have not changed. An ever increasing public-sector wage bill is a big culprit. Government gave a commitment to reduce wages by R160 billion over the medium term.

The MTBPS proposes growth in the public-service wage bill of 1.8% in the current year and average annual growth of 0.8% over the 2021 Medium Term Expenditure Framework (MTEF) period.

Work on the comprehensive public sector remuneration strategy for the medium to long term appears to have been started but no further details were provided.

Another culprit is the failing state-owned enterprises (SOEs). Several of these entities are insolvent and have insufficient funds to cover operational expenses. For instance, a further R10.5 billion will be provided to fund South African Airways (SAA), despite the Finance Minister previously stating that this would not be the case.

The real risk posed by these entities is potentially far larger when one considers the fact that there are substantial guarantees provided by government in respect of their debts.

Contingent liabilities in total are expected to exceed R1 trillion by 2022/23 and include government guarantees to SOEs and obligations to the Road Accident Fund and other social security funds.

As at the end of March 2020, R583.8 billion of these government guarantees had been used. Over the next three fiscal years, guaranteed debt redemptions are expected to average R35.6 billion, up from R27.5 billion reported last year.

The ability of municipalities to provide basic services such as water, sanitation, electricity reticulation, roads and community services is also of concern.

Although this is receiving some attention, it is an area that poses huge risk to the fiscus and the stability of the country. Until the financial management weaknesses in the municipalities are under control, allocating more funds to these entities should be done with extreme caution.

Surely expenditure should be prioritised based on demonstrable needs. Crime, education and health care need urgent attention. Reduction in crime is critical since one cannot implement policy and legislation changes to which only a few adhere.

The recent work of the National Prosecuting Authority (NPA) is promising and money spent on ensuring those that are guilty of corruption are brought to book is welcomed.

Despite an indication that basic and tertiary education expenditure are expected to only increase by 0.8% and 1.7% respectively and that there will be a reduction in peace and security expenditure of 0,4% over the next 3 years, the budget also paradoxically seems to indicate two of the largest reductions in compensation will be in the health and education sectors.

No explanation has been offered as to how one could possibly reconcile these apparent contradictions.

If all this is not scary enough, one of the potential expenses lurking in the depth of the water is the underfunding of the GEPF – given that the government was (before COVID-19) already underfunding the required contributions by 2,9% in 2018.

This potential risk has not been specifically addressed and additional contributions could exceed the proposed tax increases over the next four years. Clarity on how the this is catered for in the budget is also needed.

There are other unanswered questions raised by rating agencies and international investors which remain a challenge and seem to have been kicked down the road while the Government tries to deal with what it considers to be the more pressing matters.

If we can get through the issues highlighted above, we will need to have something left in the tank to tackle these issues at some point down the line.

It is certainly not self-evident that a viable course to navigate Ship SA around the potential perils lurking in the depths of the ocean has been clearly plotted. 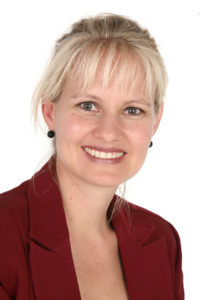 Although the ultimate destination seems obvious, a clear step-by-step action plan with deadlines, allocation of responsibilities and accountability remains undefined. There are many obstacles that can force us off course but there are also some which could provide a devastating and debilitating blow to our economy.

What remains unclear is whether or not we have identified them all and whether, as one commentator asked, this budget provides the proposed steps to address these obstacles or if it is merely a problem statement.

REPORT | Clearing the barriers to women’s progress in financial services