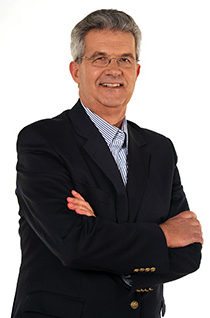 2016 was a tough year for many South Africans – and small businesses took a hard knock as the local economy experienced many challenges to overcome. Despite this testing environment, there are certain sectors that are ripe with opportunity for astute entrepreneurs to capitalise on in 2017.

This is according to Christo Botes, spokesperson for the 2017 Entrepreneur of the Year® competition sponsored by Sanlam and BUSINESS/PARTNERS, who identifies technology, communication and education as some of the sectors that are set to grow in 2017. “In addition to the sectors that traditionally perform well in South Africa, such as tourism, there are definite opportunities being identified in other, less traditional sectors which show ample entrepreneurial potential.”

Botes says that the first of these thriving sectors is telecommunications. “Currently, there is a lot happening in the telecoms sector, with the expanding national rollout of fibre driven by the growing uptake of bandwidth-intensive applications. This has opened up a host of opportunities, ranging from the implementation of cables to technical support services. As bandwidth speeds increase, we’re seeing the integration of technology, communication and entertainment to form a whole new industry that has really taken off in South Africa and represents a major growth sector.”

Another industry that Botes says shows great potential for South African entrepreneurs is the private education sector. “Internationally, statistics show that around 10% of all schools are privately run. As there are about 26 000 schools across South Africa, and only around 1 600 of those are private, there is currently a market capacity for about 1 000 private schools to be opened in the next few years.”

He adds that locally the demand for private education is on the rise, and that there is an increase in the number of entrepreneurs moving into this space. “In addition to being an area that exhibits great potential for profitability, the education sector is also attractive in terms of its social and economic factors. Our country has a major skills shortage which can only be effectively tackled by the increased accessibility of quality education.”

Botes goes on to say that 2017 will also likely see some recovery in the struggling sectors of mining and agriculture. “At the end of 2016, there was already some indication that the mining sector was making a comeback, as commodity prices stabilised and, in some instances, even increased. It is also predicted that there will be more rainfall in the coming summer season which will be welcomed by the agricultural sector, having suffered some of the most severe drought conditions ever in 2016.”

For entrepreneurs looking to make their dreams a reality in 2017, Botes offers the following advice: “Firstly, remain positive and don’t get despondent. Don’t allow your dream to go wasted because of challenging factors. Secondly, seek guidance from seasoned entrepreneurs who have already made their way around the block to avoid repeating their mistakes. And finally, do your due diligence, but don’t wait around for someone else to make the first move – business conditions will likely get tougher as the industry becomes more crowded.”