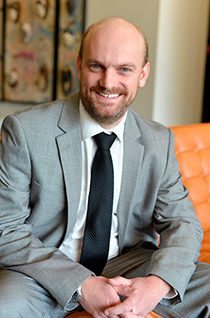 China is currently going through a tough phase in its development, but it is applying some clever tactics that should fire up its economic engine once again. As a critical trading partner, Africa should take heed of these changes, but also be aware of how it needs to adapt to succeed in the future too.

In China, productivity gains are becoming the main engine of improvements in living standards as capital-deepening-led growth begins to wane. This has called for fostering innovation and entrepreneurship – which are also the two crucial ingredients needed in Africa today to grow its commercial and productive sectors.

Creating a multiplier effect that begins with education and flows through targeted policies aimed at industrial and business sectors most in need of advancement is, furthermore, a model of success that could be replicated well in Africa.

According to the Organisation for Economic Co-operation and Development (OECD), large-scale infrastructure spending will only partly make up for slowing business s investment in China as overcapacity is being worked off in several industries.

Real estate investment is also declining and there is even talk of a potential housing bubble. According to the OECD, housing inventories remain sizeable and consumption is projected to stay buoyant but the reduction in excess capacity will ease the downward pressure on producer prices, but consumer price inflation will remain low.

However, the important point is lower barriers to entry have spurred entrepreneurial activity and policy emphasis is shifting towards supply-side reforms that seek to ensure sustainable development. Reallocation of labour from agriculture to industry and services is seen as a major driver of inclusive productivity growth and is likely to continue in the future.

It is important to place these developments in context as China initiated market reforms as far back as 1978 and has shifted from a centrally-planned to a market-based economy and experienced rapid economic and social development as a result. According to the World Bank, GDP growth has averaged nearly 10% a year – the fastest sustained expansion by a major economy in history and has lifted more than 800 million people out of poverty.

However, China remains a developing country (its per capita income is still a fraction of that in advanced countries) and its market reforms are incomplete. According to China’s current poverty standard (per capita rural net income of RMB 2 300 per year in 2010 constant prices), there were 70.17 million poor people in rural areas in 2014.)

The World Bank rightly points out that rapid economic ascendance has brought on many challenges as well, including high inequality; rapid urbanisation; challenges to environmental sustainability; and external imbalances. China also faces demographic pressures related to an aging population and the internal migration of labour.

What it means is that significant policy adjustments are still required in order for China’s growth to be sustainable, with experience showing that transitioning from middle-income to high-income status can be more difficult than moving up from low to middle income.

So while China is a good example of how investment can be driven into the right areas, it is also a reflection of why flexibility, collaboration and innovation are so crucial to true advancement.

What is often forgotten in any discussion about the outlook for China is that education and up-skilling the workforce play such a crucial role in achieving success. It is imperative to ensure the workforce is educated and only then can the system be targeted to where opportunities lie and where the economy can grow the most.

Financial services and the banking system must also play a major role in facilitating the sourcing of funds and the consequent transactions in the most efficient manner possible.

Plenty of collaboration is needed as can be observed in China where state-owned enterprises are viewed to be strategic levers that can set in motion a chain of efficiencies that encourage deeper levels of growth. It is crucial that access to markets is improved – from building roads and ports to a more targeted approach into specific hubs. It is essential that the right infrastructure is put in place to facilitate growth in specific targeted commercial hubs.

It is advisable that Africa take on board many of these lessons as this is a continent that needs more scale to be viable. China has done a lot to promote its own brands around the world and within its regional markets – but Africa is not yet doing enough in this regard. With its immense production potential, Africa needs to be more innovative in creating new avenues for excess capacity.

Improved focus is needed on education and ensuring money is placed in areas that will most support the over-arching economic development. Education needs to align more with what skills are needed and these must be incentivised. Areas in demand need more education funding than those that are not.

However, it cannot be done in isolation and this is why South Africa’s CEO initiative remains so important in ensuring economic growth and up-skilling the workforce can happen. By communicating, facilitating, supporting and driving change – together with key stakeholders in government and labour – real progress can take place in a much more co-ordinated fashion that will have a direct impact on the ground.

When it comes to growth and development, no organisation or country can stand still for long – China is a great example of this. For Africa, the lessons and success stories of China are important barometers to read. However, Africa has its own unique challenges and growth advantages and by adopting a coherent strategy aimed at growing commercial businesses and entrepreneurs these can truly be exploited.

WEATHERING THE TOUGH TIMES AHEAD