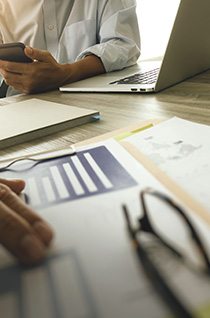 The “fall” of three more major metropolitan municipalities from the ANC to the DA has been hot news in South Africa lately.

This is, of course, the first time in history that the DA now has control over slightly more than 65% of these financial resources, amounting to over R130 billion (Cape Town = R38 b; Port Elizabeth = R10 b; Tshwane = R30 b; and Johannesburg = R52 b).

Over the past decades of ANC rule, as would surely happen in any local government under the same ruling party through multiple elections, networks of contracts between these metros and a range of preferred suppliers have become entrenched.

While the media focuses on the election of mayors and the antics of council meetings, behind the scenes, what will become of these networks of lucrative contracts now?

The good news for those suppliers appointed in terms of these contracts is that, in the absence of any criminal activity, including fraud or corruption, but your contracts are probably valid and cannot be tampered with for several reasons.

Firstly, the change in ruling party in several metro municipalities does not change the legal framework of local government procurement in South Africa.

Before, during and after the recent elections, the same Acts (e.g. Municipal Finance Management Act, 2003 and the Preferential Procurement Policy Framework Act, 2000) and the same Regulations (e.g. Municipal Supply Chain Management Regulations, 2005 and the Preferential Procurement Regulations, 2011) applied. A new ruling party within the local government sphere cannot change any of these, and must continue to implement them.

Proceed based on administrative law

Secondly, prior to the award of these existing contracts, all of government, including the metropolitan municipalities, must proceed based on administrative law.

This involves issues such as complete and acceptable documents, tax clearance, and BEE certificates being submitted, signatures by people authorised to sign on behalf of their companies, etc. If there were any shortcomings in your tender submissions prior to the award of the contract, the window of opportunity for these to be discovered and used to disqualify you from receiving your contract has expired.

As Judge Brand noted succinctly in a Supreme Court of Appeal judgement, “I do not believe that the principles of administrative law have any role to play in the outcome of the dispute. After the tender had been awarded, the relationship between the parties in this case was governed by the principles of contract law” (Government of the RSA v Thabiso Chemicals (148/2007) [2008] ZASCA 112 @ [18]).

Thirdly, this principle implies that you would need to be in breach of contract for your current contract to be cancelled.

If you have failed to deliver the quality or quantity of the goods or services promised, and have continued to fail in doing so even after having been informed of your shortcomings, then this persistent failure to perform would indeed constitute a valid reason to terminate your contract.

However, if you obtained your contract through dubious means, such as submitting falsified documents, or misleading information, etc., and this is discovered later after your contract has been finalised and you have started delivering the goods or services promised, then your contract can still be terminated.

In practice, this would probably involve protracted legal proceedings, as the metro may not unilaterally cancel the contract but would have to ask a court to set aside the original award of the tender, and the recipient of the tender would be in a position, should he or she wish, to contest the metro’s case.

The bottom line is that if you’re clean, you’re safe, and your contract can run until its expiry date. 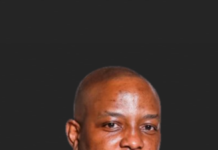 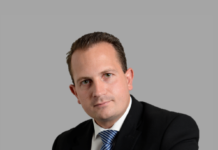