Over the past few weeks, the world stood witness to the spectacle of American politics in the twilight of Donald Trump’s presidency. Many in South Africa joined as keen observers. This episode, like many before it, again highlighted the importance of institutions and the ideas that underlie them – a reality often neglected in the realm of the politics of personality.

Few institutions are as important as constitutionalism: The notion that government must be limited, and political power distributed among as many focal points as possible.

Broadly, two camps (American and globally) on the topic dominated the headlines on US politics: Those who believed Trump was a demagogue bigot with no instinct of presidentialism who pursued an unacceptable right-wing agenda, and those who believed Joe Biden is an old and weak deviant who will only enable the radical leftists in his administration to curb free expression and economic liberties.

Both have some valid points, but neither appreciate the superficiality of their own discourse.

The continued obsession over ‘Trump versus Biden’, or likely going forward, simply concerns over Biden the man, is a specious debate.

This is relevant closer to home as well.

We are caught in an almost comical national debate about President Cyril Ramaphosa’s intentions: Is he playing the ‘4-D chess’ long-game in rooting out corruption in government, or is he simply part of the same gang of alleged looters as those in his cabinet?

Or Minister Nkosazana Dlamini-Zuma: Is she using lockdown regulations to benefit her own finances and those of her alleged partners in crime, or is she simply doing the best she can to curb the COVID-19 pandemic?

These types of questions have always struck me as grossly irrelevant.

Rather than discussing the people involved, time would be far better utilised to consider the institutions at play and the ideas that underlie them. These determine exactly how the people who make-up or act downstream from those institutions will conduct themselves.

Imagine if the Disaster Management Act said that government may not prohibit the sale of tobacco-related products (or any other consumer products) during a state of disaster. This would be an institution based on the idea of individual and economic freedom. The allegations of Minister Dlamini-Zuma’s improprieties would never have arisen.

Imagine, furthermore, if Parliament did not delegate excessive, unrestrained discretionary powers to the executive in every piece of legislation it adopts. This would be an institution based on the idea of the Rule of Law, as opposed to the evidently arbitrary rule of man. Civil servants who were inclined to be corrupt would have had a much harder time buying favours or channelling funds into their bank accounts, given their lack of authority.

Similarly, had the American states been entitled to determine their own immigration rules, or if the President’s control of the country’s borders were instead vested in Congress, much of the trepidation around Trump would have never come about. More generally, had the American presidency not been such an influential position (both politically and culturally), there would have been no need to be concerned about Biden leading an anti-market crusade or allowing ‘critical’ opponents of freedom of expression to gain access to the levers of power.

I have often heard this said of Swiss politics: Few Swiss know who make up their Executive Council, and few care to. This is because the Swiss government is subject to strict constitutional controls and power is effectively distributed between the federal and regional governments, and between the State and civil society. Government cannot do any great deal of damage. It would not matter if Donald Trump or Joe Biden became the head of government in Switzerland, because their power would be substantively limited – they would likely not be able to pursue the policies they are most disdained for.

This is what many South Africans hoped would come out of the transition period of the 1990s. After decades, if not centuries, of unbridled government power, many on all sides of the struggle, including some who used to support the regime, sought an effectively limited government. Power should reside, as the popular saying goes, with the people. Yet, today we are caught in the same boat as the Americans are: It seems to matter who occupies the presidency, because we have vested the presidency with an unreasonable amount of power over the affairs of ordinary people and businesses.

The phenomenon of the head of government essentially shooting laws from the hip via so-called ‘executive orders’ in the United States makes a total mockery of the separation of powers. But before we high and mightily look down on Americans as South Africans are sometimes wont to do, the same thing happens here – we just call them ‘regulations’, ‘directives’, or ‘notices’. These are laws in all but name, ‘enacted’ on the fly by civil servants hidden somewhere in the basements of Pretoria.

It is entirely possible under both the constitutions of the United States and that of South Africa to subject government to far more stringent limitations. All it requires is an insistent body politic – us, who are expected to comply with the often-arbitrary diktat of those who would regard themselves as our ‘leaders’. But before we can ever begin the process of insisting, demanding, and protesting for such a change, we need to lessen our collective obsession with personalities and invest more time, effort, and focus on the institutions at play, and the ideas that underlie them. 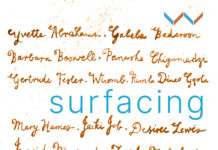 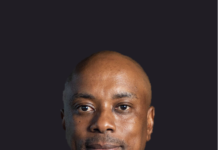