Competition is not something that can be artificially created.

Competition is an inherent facet of human – or living – nature, and thrives most when it is left alone.

The notion that government can introduce swaths of laws, regulations, and red tape, like the new Competition Amendment Bill, and not have a deleterious effect on competition and economic growth is naïve. Government should stick to ensuring no violence or fraud is used by firms and let the rest of the chips fall where they may, in the interest of all consumers.

Rule of Law vs economics

South Africa’s competition policy regime, as constructed around legislation like the Competition Act, is permeated by a fundamental misunderstanding of the economics of competition and of the Rule of Law.

The Competition Amendment Bill, for instance, is of a racialist character; assigns excessive discretionary powers; its provisions are ambiguous and unclear; and it seeks to oust the jurisdiction of the Supreme Court of Appeal, each of which falls foul of the commitment to the Rule of Law found in section 1(c) of the Constitution.

Nothing in the Bill will make competing easier for historically disadvantaged persons. According to Christo Hattingh, competition “is the method by which consumers judge whether prices are ‘too high’”, and businesses that charge too much for their goods or services will inevitably lose customers and face closure.

The Free Market Foundation’s former chairman, the late Michael O’Dowd, wrote that entrepreneurs have “to produce goods or services that other people want to buy. Where competition comes in, is that he will not be able to sell his product if others do a substantially better job of producing it than he does. He does not have to defeat the competition, but he does have to keep up with it”.

Competing, in other words, is not something the law can help one do. The law can only create an environment in which competition can thrive. What the Competition Amendment Bill does is open various doors through which cronyism and corruption can slip through as firms, some not as honourable as others, vie for government favour.

By providing that the Competition Commission must take ‘the promotion of a greater spread of ownership, in particular to increase the levels of ownership by historically disadvantaged persons‘ into account when determining whether a merger is ‘in the public interest’, for instance, the Bill is calling for racial arbitrariness the likes of which still haunt us from the Apartheid era.

The Commission is being called upon to look, among other things, at the racial character of businesses wishing to merge in determining whether the merger should be allowed or not. There are no strict guidelines for how the Commission must make this determination, so it is a matter of discretion.

Where there is discretion, there will, inevitably, be corruption. When an official can base their decision simply on their own interpretation of the facts, nothing protects them from giving in to the temptation to favour some at the expense of others, other than their own strength of character.

A provision of this nature has nothing to do with the fundamental nature of competition regulation; that is, to ensure the market is contestable and not monopolised by particular firms.

Competition in the marketplace is not stimulated by active government interference in the affairs of firms and entrepreneurs.

Government interference leads to price distortions caused by factors such as increased compliance costs and perverted incentives. Ordinarily, entrepreneurs would seek to profit by providing consumers with the goods and services they desire at a better quality or speed than their rivals, but, when government starts to interfere, they now also need to satisfy the ideological and arbitrary whims of the bureaucracy by competing with one another over who can cosy up the closest to the industrial regulator to ensure that their virtue-signalling compliance with ideological legislation receives notice.

For competition to flourish, government must start a process of dismantling anti-competitive legislation and regulations, and of dismantling State-sponsored or -owned monopolies that force private competition out of those respective industries. Competition is not created by government, but comes about in a market free of excessive interference.

The role of government should simply be to ensure no firms use violence or deception to deny market entry to their potential rivals. 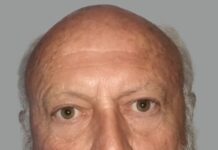 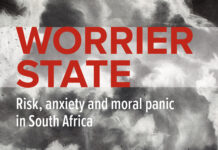