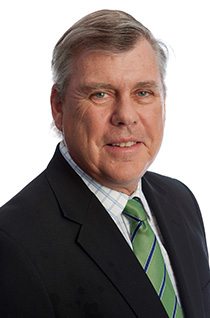 While South Africans are still coming to terms with the implications of junk status (so far not much), global markets are not standing still and a number of notable developments are taking place.

Several of these are political in nature, reminding us that South Africa is not the only country with a challenging political environment.

The International Monetary Fund’s quarterly global growth forecast has been upgraded for the first time in six years, with a moderate acceleration in global growth expected. This is positive for South Africa as a small open economy geared towards the global cycle. China posted the best economic growth numbers in a year in the first quarter. However, certain commodity prices (notably iron ore) ran well ahead of this growth improvement, and have recently fallen back.

The world’s largest economy is on track to post a very mediocre first quarter growth number, but the underlying US growth rate is still stable. The two key issues for investors over the past six months has firstly been the path of interest rates and secondly, that the Donald Trump presidency would be a game changer in lifting growth, inflation and the US dollar. On the latter, Trump has reversed course on a number of his policy platforms. His failure to push through a new healthcare law has called his ability to get legislation through Congress (despite it being Republican-controlled) into question. Ironically, a battle looms within the Republican Party on raising the debt ceiling, which could result in a repeat of the 2013 Federal Government shutdown.

More specifically, the tax reform that really excited the market initially is likely to only happen next year (if at all). Trump has also backed down from his threat to sanction China as a currency manipulator, which he promised to do on “day one” of his presidency. There is also still no sign of the US putting up tariff barriers against the likes of China or Mexico. All this means that the dollar is weaker, not stronger, since the start of the year.

In terms of the outlook for US interest rates, the remaining two hikes pencilled in for this year are apparently at risk after inflation came in surprisingly low in March. Market pricing for a Federal Reserve (the Fed) rate hike in June fell below 50%. Long-term market-based inflation expectations have also declined to below 2%, suggesting that investors don’t believe inflation will stay at the Fed’s target for long.

Geopolitical tensions have also increased following the US strike on Syria, and a flare-up in the stand-off over North Korea’s nuclear programme, supporting safe-haven assets of gold, US Treasuries and the yen. The benchmark 10-year US Treasury yield has declined from 2.5% at the time of the Fed’s last rate hike in March to 2.2%, the lowest level this year. German yields have halved from 0.5% over the same period. The UK 10-year yield is back to 1%.

While Europe’s economic growth is accelerating (with the Market Eurozone Purchasing Managers’ Index moving to a six-year high), political risk is also weighing on markets.

The first round of the French presidential election took place over the weekend, with the far-right anti-euro candidate Marine Le Pen winning 21% of the vote and going through to the second-round vote as expected. Polls suggest she will lose in the run-off vote against Emmanuel Macron on 7 May, as it would be unusual for voters to turn to an extremist candidate while the economy is improving. But there is still a slight risk that she could become the next French president, which in turn would trigger fears of France abandoning the euro.

UK Prime Minister Theresa May called a surprise election, with the hope of securing an increased mandate as her government starts negotiating its exit from the European Union. With her Conservative Party expected to win by a wide margin, this would decrease the risk that Brexit hardliners in her party will drive the agenda, and a more pragmatic process could get underway. The pound rallied as a result.

In Turkey, straddling Europe and Asia, President Erdogan narrowly won a referendum that will greatly increase his power to rule by decree, appoint judges and remain in office for another decade. Turkey was downgraded to junk following the failed coup attempt and subsequent crackdown last year. As much as South Africans often use the UK (or Australia) as a reference point, global investors place us in the same category as the likes of Turkey (and Russia and Brazil) where political upheaval, governance shortcomings and leaky fiscal management is par for the course. All these investors want to know is whether the potential returns compensate for the potential risks. With developed market bond yields declining again, and emerging markets’ growth accelerating, this is the case and investors are pouring money into emerging market funds.

It should be noted that one area where Turkey has been hit very hard in the wake of political turmoil has been its important tourism industry. South Africa, by contrast, continues to experience a boom in tourist arrivals.

Against this favourable global backdrop for emerging markets, the rand strengthened to below R13.20 per US dollar last week, a stronger level than prior to the downgrades (but still weaker than immediately before the Cabinet reshuffle).

Similarly, the 10-year government bond yield has declined since the downgrades took place. It helps that Finance Minister Gigaba has reiterated his predecessor’s commitment to fiscal prudence, but mainly the global environment is in our favour. This provides South Africa with a window of opportunity to put investor fears at ease and introduce much-needed reforms (as highlighted again by the IMF).

Local inflation declined to 6.1% in March, with lower food inflation contributing. However, core inflation – excluding food and energy – declined meaningfully to below 5%. Inflation is expected to decline further, despite a looming petrol price hike. Maize prices have fallen substantially, and this is yet to completely feed into food prices at the consumer level. The current level of the rand is about 8% stronger against the US dollar than a year ago.

Against this backdrop, the Reserve Bank is likely to keep rates unchanged for most of the year. In fact, the inflation outlook probably calls for modest rate cuts, but the SARB is still focused on the potential risks to the rand from further political uncertainty. Local consumers are therefore unlikely to see an interest rate shock as a result of the recent downgrades.

The Reserve Bank’s decision to hike short-term rates despite a weak economy, and not cut at the first sign of lower inflation, has been painful for consumers. However, it is important in maintaining the central bank’s credibility among investors, demonstrating that it is serious about containing inflation over time. This has helped control longer-term interest rates throughout this period of political uncertainty. 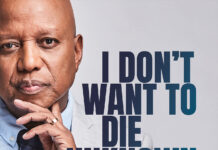 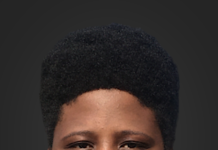 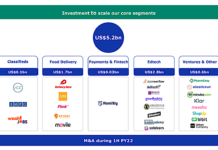 Should you take investment advice from family and friends?

Women – leave a legacy your loved ones deserve