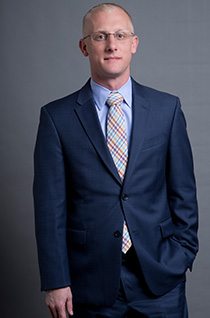 Trust among the online South Africa population in three of the four mainstream institutions of government, media and business is in decline.

The fourth institution, non-government organisations (NGOs) saw no change. The Edelman Trust Barometer is in its 17th year, with South Africa being included in the global survey each year since 2014.

The survey found the South African government is least trusted by its people with only 15% of citizens affirming their trust in government. This was the lowest score out of 28 countries surveyed, with the global average coming in at 41%.

“We must not see trust deficits as negatives,” said Professor Tinyiko Maluleke of University of Pretoria, who served as a panellist at Edelman South Africa’s Trust Barometer Launch event. “It’s a part of the necessary conversation between the institutions and the population they serve.”

The Trust Barometer also revealed that peers are now considered to be as credible as experts. In South Africa, 70% of people now consider “a person like me” to be on a par with technical or academic experts. Nearly two thirds found financial analysts to be credible, while 52% found CEOs to be credible, well above the global average of trust in CEOs at 37%. Trust in business is nearly on par with NGOs, and maintains a level of trust 56% and 58%, respectively.

“While companies might be tempted to run for cover, people continue to ask business to play a leading role in not only delivering profits, but also contributing to improving the economic and social conditions in the community in which it operates,” said Jordan Rittenberry, managing director of Edelman South Africa. “There is a big opportunity for business to lead by example, and through action with transparency and engagement.”

Edelman’s Trust Barometer outlines key trust-building attributes to help businesses earn a positive reputation. In South Africa, integrity, engagement, product quality, business purpose and operations are the key areas that drive trust. Marketers must focus marketing activity around these attributes to build trust with key stakeholders, now a priority in today’s business climate as trust in a business directly translates to consumer behaviour: paying more for goods/services, recommending them to others and sharing positive opinions online.

BOOK REVIEW | Life in a Time of Plague