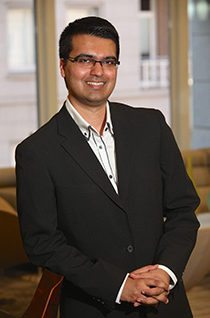 According to National Treasury, the GDP growth rate is forecasted at an estimated 1.3% for 2017. The outlook points to a tough year ahead for business; however, there are a few trends that promise a positive narrative for businesses during the year.

“It isn’t all doom and gloom: Yes, the economy is slowing – however businesses that want to gain any wins in the market place in 2017 will have to operate in a more astute manner” says Dr Yudhvir Seetharam, Head of Analytics at FNB.

Seetharam shared his outlook on a few trends in various industries that we can expect in 2017.

The new car market will most likely continue to slow in 2017 as cash strapped consumers continue to opt to keep their cars. The saving grace for this sector will ultimately come from the pre-owned and spare parts market, and through it we are likely to see an increase in sales from businesses that sell tyres, spare parts and batteries as consumers look to stretch their Rand. Fast –food franchises will likely experience growth as more consumers will opt to buy takeout over the traditional sit-down restaurant as the price tends to be more favourable.

South Africa has remained a popular luxury destination for many international travellers; especially as it offers a world-class experience from shopping to pristine beaches and unforgettable safari’s at a fraction of the price. A weaker Rand makes for a favourable exchange rate for foreign tourists travelling to South African. Locals who would have otherwise travelled abroad, will most likely travel within the country creating a greater income stream for tour operators, transport, hotels, bed and breakfasts.

With an increase in the number of people with accessibility to the internet and a population that is becoming more digitally savvy, we are bound to see more online solutions. Today’s digital age prefers to make their purchases and do their business online.

The past year for most farmers was a challenging year due to the drought conditions our country experience. With a 75% likelihood of a La Niña weather phenomenon, the much needed rain will bring relief to the sector. If the rain is consistent, we will see a normalisation in crop production. The meat market may still add to the food inflation but with good rains, we may see a general decrease in overall food inflation.

The latest Business Confidence and Consumer Confidence Indices indicate that South African consumers and businesses have similar expectations; consumer confidence has increased marginally, but it still below historic averages. This implies that while consumers have a slightly more positive outlook on the economy, their spending patterns are likely to remain unchanged. In contrast, Business Confidence, in the motor and retailer sectors have dropped, indicating that these businesses expect dampened sales and profits over the short term.

“2017 will no doubt be a trying year for SME’s across all industries, but with a recovering world market, and a Rand that is finding strength, we should start to see an upward trend towards the end of 2017 – hopefully the worst is behind us,” concludes Seetharam.