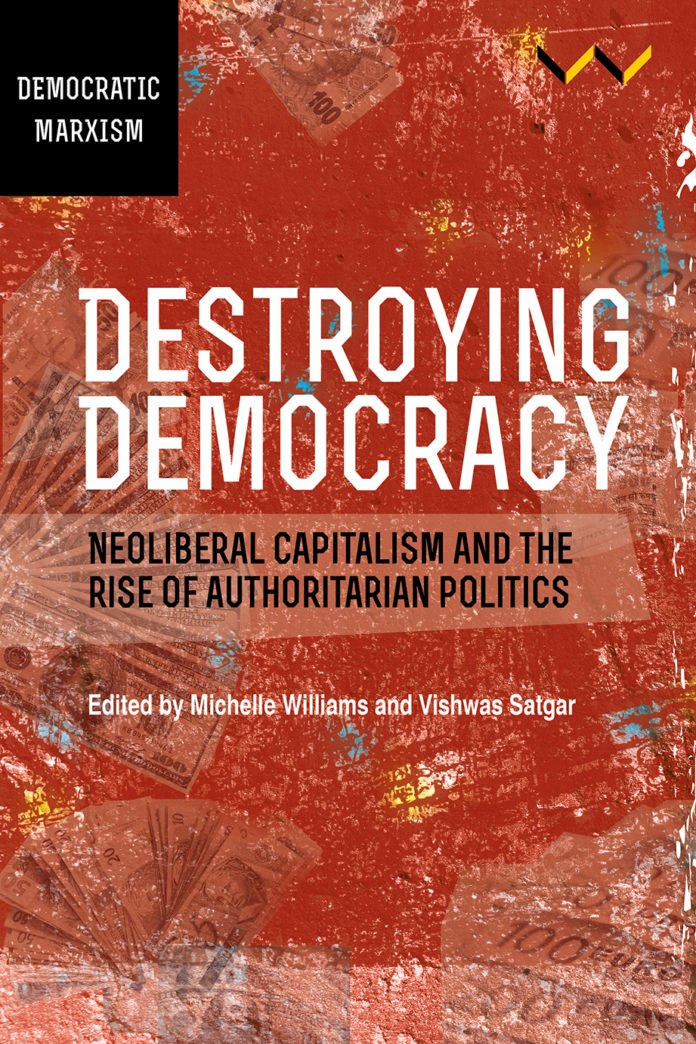 Neoliberal Capitalism and the Rise of Authoritarian Politics

Democracy is being destroyed. This is a crisis that expresses itself in the rising authoritarianism visible in divisive and exclusionary politics, populist political parties and movements, increased distrust in fact-based information and news, and the withering accountability of state institutions.

What is less obvious is that the sources of the democratic rot are integral to the systemic crisis generated by neoliberal capitalism, which assigns economic metrics to all aspects of life.

In other words, the crisis of democracy is the political crisis of neoliberal capitalism. Over the last four decades, democracy has radically shifted to a market democracy in which all aspects of human, non-human and planetary life are commodified, with corporations becoming more powerful than states and their citizens.

Volume six of the Democratic Marxism series focuses on how decades of neoliberal capitalism have eroded the global democratic project and how, in the process, authoritarian politics are gaining ground.

Scholars and activists from the left focus on four country cases – India, Brazil, South Africa and the United States of America – in which the COVID-19 pandemic has fuelled and highlighted the pre-existing crisis. They interrogate issues of politics, ecology, state security, media, access to information and political parties, and affirm the need to reclaim and re-build an expansive and inclusive democracy.

Destroying Democracy is an invaluable resource for the general public, activists, scholars and students who are interested in understanding the threats to democracy and the rising tide of authoritarianism in the global global South and global North.

Professor Michelle Williams is professor of sociology and chairperson of the Global Labour University (GLU) at the University of the Witwatersrand, Johannesburg.

Professor Vishwas Satgar is an associate professor of International Relations at the University of the Witwatersrand, Johannesburg. He is also the editor of the Democratic Marxism series, principal investigator for the Emancipatory Futures Studies in the Anthropocene project and a democratic eco-socialist.