Culture is advancing on the leadership agenda, but the gap in perception between senior management and the rest of the organisation has never been greater, according to our new study.

The 2021 Global Culture Survey, canvassing the views of 3,200 workers worldwide, finds that culture is a source of competitive advantage and a strategic priority for senior leaders, but it has been deprioritised in the eyes of the rest of the workforce.

Culture as a source of competitive advantage

69% of respondents (compared to 68% in South Africa), who say their organisation has been able to adapt over the past year, also say their culture is a source of competitive advantage.

The data also shows that respondents who say their organisation has a distinctive culture are more likely to also see an increase in revenue and customer and employee satisfaction. Three-quarters of senior management (72%) agree that their culture helps successful change initiatives to happen.

Globally, 73% of respondents who state that culture is a source of competitive advantage say making decisions quickly has either become easier or stayed the same during the pandemic.

It is notable that in South Africa, 41% of respondents stated that making decisions quickly had become more difficult in their organisations as a result of the pandemic; 57% stated that coaching and developing talent had also become difficult; and 35% said it was more difficult to collaborate with colleagues.

Conversely, only 57% of respondents globally who state that culture is not a source of competitive advantage found decision making easier or the same during the pandemic. In China, this percentage dropped to 38% whilst in India it rose to 68%.

The global survey results demonstrate a clear divide between those who say their culture is distinctive and those who do not, namely that the following have become easier or stayed the same:

Our survey results indicate that businesses with strong cultures tend to drive better business outcomes. It is notable that the majority of senior leaders credit much of their success during the COVID-19 pandemic to culture. They also agreed that top cultural priorities should include recruitment and retention, digitisation, health and safety and collaboration.

It’s also clear from our survey that organisations with a distinctive culture found it easier to maintain performance and pivot if needed during the crisis. On the downside, our survey shows that when culture is not a priority, certain ways of working are not as easy or successful as when culture is prioritised.

Gap in attitudes between senior management and rest of workforce

The data shows that culture has been deprioritised in the eyes of the rest of the workforce. In 2018, 66% of front-line workers believed that culture was more important than strategy or operating model, vs. 46% in 2021.

In South Africa, however, 60% of respondents stated that culture is more important to performance than an organisation’s strategy or operating model.

Similarly, there is a divergence in the way that purpose is viewed by different staff levels, with 77% of senior management stating they feel a personal connection to the company’s purpose in contrast to just 54% for the rest of the workforce. In South Africa 83% of respondents said their organisation has a strong sense of purpose, and 74% said they have a strong connection to their organisation’s purpose.

Attitudes towards diversity, equity and inclusion (DEI) demonstrate the divide most acutely, with the data showing an average 20-point gap between the views of management and everyone else on DEI topics. This gap grows to an average 30-point gap in the US and 35% in Japan. Conversely, there is only an average 10-point gap in India.

Our data shows a widening gap between what leaders say about culture (particularly DEI) and what their people actually experience. It is possible for organisations to close this gap, though. As the past year showed, rapid transformation can be achieved with a targeted focus on a few critical behaviours. 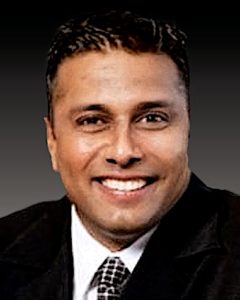 If businesses want to use culture as a competitive advantage, they need to start by taking stock of how their culture is currently helping or hindering their ability to drive business outcomes. They also need to identify what traits and behaviours are most needed to evolve to best support their strategic business goals.

Then start proactively managing culture, which will likely involve building new capabilities to ensure that they’re firing up all the relevant culture enablers — both formal and informal — for their respective organisations.

Digital work permits key to getting the country back to work