2020 will be remembered as the year where the COVID-19 pandemic swept across the world taking the lives of many. This human tragedy was accompanied by an economic crisis as global economies shut down in an attempt to slow down the spread of the disease.

Politicians in the developed world also kept financial markets on edge as an acrimonious US election and the finalisation of the Brexit deal went both down to the wire.

For investors, thinking long-term becomes all the more difficult, when one is contemplating whether a hazmat suit is the only way to protect oneself against a deadly virus.

The global lockdown and halt to economic activity in the first half of 2020 was like a cardiac arrest, which floored all economies across the globe.

Central banks unleashed unprecedented swift actions with a combination of aggressive monetary expansion and fiscal stimulus. Governments across the world tried their best to provide financial support to businesses and individuals, who saw their means of earning a living crushed unexpectedly.

The ploy was straight from the Global Financial Crisis (GFC) playbook but on steroids as the largest biggest central banks globally did in a quarter four-fold more quantitative easing than during the whole GFC! And we not done with the new Biden administration in the US planning over $2 trillion in stimulus with 80% of Americans likely to receive a stimulus cheque – an eye-popping number given that less than 20% do not work.

The bond market rally was followed by an equity market rebound. First, beneficiaries of the work from home trend led the rally. But in the second half of the year, as economies re-opened a broader based rally ensued.

With cheap money available, new participants joined the buying freezy on a number of online apps – the so-called Robinhood effect. The Amateurs jumped on the momentum bandwagon gobbling up bitcoin and Tesla, racking eye popping gains up over 600% since March. These gains continued at the start of 2021 with Elon Musk briefly overtaking Jeff Bezos as the wealthiest man on earth!

The fourth quarter benefitted from the additional flip from the discovery of vaccines, which added to the re-opening trade. The S&P broke its record levels 33 times last year and the everything rally saw it rebound almost 70% from March lows.

WTI Oil price which had gone negative earlier in the year passed the more respectable $50/barrel mark. Pharma stocks also attracted much interest with Moderna up over 200%.

Globally, earnings declined by some 15% and valuation multiples expanded – but as we know markets wrote off 2020 and fixated on a more promising 2021.

In the US, a blue sweep was a low probability outcome by most political commentators. While a democratic win was seen as underpinning a much stronger fiscal response, this raised concerns about the impact of more aggressive fiscal action on the inflation.

US ten-year yields spiked from record lows to end the year over 1% as inflation expectations also climbed.

However, markets quickly shrugged off the impact of a contested election outcome even as President Trump was making various erroneous claims to voting irregularities. Just as the Democrats were about to cement their control of the Senate after winning both seats in Georgia in January, Trump supporter stormed the Capitol – something unimaginable for a country born out of democratic principles.

After internet giants shut down President Trump and his acolytes who had instigated the riots, there has been many discussions about the role of social media in allowing ‘alternative truths’ to take hold in society.

The Make America Great Again campaign by President Trump had become a proxy for a brand of nationalism and isolationism that was openly anti free-trade and anti- immigration. It also exploited the resentment caused by growing income inequality.

In South Africa, the hard lockdown in April severely impacted the economy which had been moribund for years. The R500 billion stimulus package (10% of GDP) failed to live up to expectations.

The R200 billion loan support for small business was hardly drawn down and corruption took a bit out some of the initiatives meant to combat the virus. Relative to the rest of the world, South Africa remains in a growth trap with constrained fiscal muscle but offers attractive real yields.

It should therefore not be a surprise, the South African bonds outperformed in 2020, positing very decent returns of 8.6%, while the All Share made a strong come back in the second half of the year to close the year up 7%.

Despite being up some 21% in the final quarter, property stocks lagged and were down 34% last year. Resources stocks remained the best performers for the year up over 21% driven by strong commodity prices, with iron ore prices up an eye popping 77%, as Chinese demand rebounded, and supply remained constrained.

Globally, the picture looks different with equities leading the way, up 22% in rand terms, while bonds were up 9% in rand terms up in large part to a weaker rand.

The COVID-19 pandemic has also been exacerbated by the fact that the lower income groups have been more vulnerable to the disease and suffered much economic hardship in the form of job losses. The COVID-19 virus is just another example of a pathogen which has been transmitted from animals to humans.

Global warming has led to migration of 70% of global species to cooler climates, which human encroachment to natural habitats also increasing the likelihood of such outbreaks.

The crisis has reinforced the fact that sustainable investing requires us to question the impact that companies have on the environment and on society.

Internet companies have also come under the spotlight for their role in spreading fake news.

Where to from here?

As the vaccine gets rolled out during the course of 2021, the human toll caused by the virus should stabilise and this should assist with the re-opening of economies around the globe and excess savings accumulated during the crisis will be put to work.

Markets have already anticipated this and valuations have discounted some of the good news. Global equities trade on a Forward PE of 21x compared to a long-term average of 18x – which shows that the earnings rebound expected in 2021 have largely been discounted.

In South Africa, the bifurcation between global cyclical stocks compared to locally focused companies has been a big feature of the past year.

On a relative basis, SA equity valuations are looking more attractive relative to global equities given the earnings and dividend rebound that we are expecting this coming year with a more stable Rand also helping.

South Africa Bonds also show good value, but it is now a closer call between government bonds and equities with cash being unattractive.

We remain wary of businesses which have rallied hard but have yet to repair their balance sheets, especially in the local listed property space. The case for offshore diversification remains with the Rand now being close to fair value against the dollar. 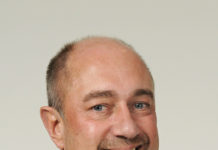 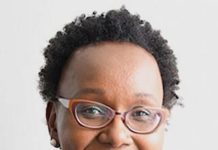 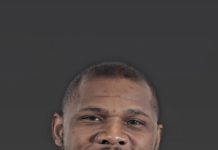 The advantage of ILBs in a money market fund

Understanding what you are doing when trading online