Given that the economy has been growing at a pedestrian 1%-2% for a few years now, it is highly unlikely that this increase is due to more businesses being opened. I believe it is safe to take these numbers at face value. South Africa is becoming an increasingly hard place to do business because of the regulatory and tax burden. Policies such as EWC (Expropriation Without Compensation) will only increase the risks of running a business here.

South Africa still appears to be a good potential investment destination but, in some respects, possesses the worst combination of factors that exist in developing and developed nations: advanced industry and financial services alongside pockets of underdevelopment. This means that much of the low-hanging investment fruit has already been picked. To develop the economy further, we need investors who are willing to risk money in an emerging market for lower returns than other emerging markets and developed markets in many cases.

At government policy level, the investment environment should be as attractive as possible. It requires going further in economic deregulation than many other economies. Otherwise the businesses that have had to close down will not be replaced by new ones.

I personally believe that the government should use something like the Fraser Institute’s economic freedom index (EFW) against which to measure policies. Other indices such as the competitiveness index, the ease of doing business index and the corruption perceptions index can be used, I am not saying that only the EFW can measure policy effectiveness but for the purposes of growing the economy and creating jobs it is the perfect tool. We should aim to reach the top global position in that index, displacing the likes of Hong Kong and Singapore.

President Ramaphosa has just been re-elected as President of the country. Many of the regulations making it harder for business to operate are within the power of the executive branch to kill, since the applicable laws give bureaucrats and ministers so much power in creating regulations. The president himself during an investor conference after the elections lamented the regulatory burden South Africans have to deal with.

If this was more than just rhetoric, we would expect the president and his new cabinet to start making the changes that are within their reach. We have already seen encouraging signs with the announcement that NERSA will start issuing power generation licenses for businesses at between 1-10MW per project. This is a good sign and it will surely alleviate some of our power woes but it should be followed up by other steps.

For me, the priority should be our dire labour market situation. The more businesses find it difficult to operate, the more jobs the country loses. Job creation is linked to creating a conducive environment for small business.

Government must take decisive steps to start dismantling regressive labour policies. Something in this regard can be done at the regulatory level by starting to exempt small businesses and certain categories of employment from the National Minimum Wage (NMW) as one example. Instead of a discount, the Minister of Labour can rather offer true exemptions as laid out in the Act. 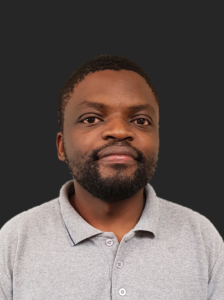 Finally, I hope it is clear to everyone that the President and his cabinet have the requisite powers to start moving towards deregulating the economy. The shocking increase in liquidations and insolvencies should spur government officials to action considering the fact that 38% or 9,994,000 adults are sitting at home unemployed.

Policies such as EWC and government fiscal irresponsibility inherent in policies such as the NHI will only make it even harder for business to operate. 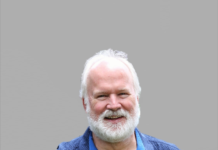 Revitalising and creating long term growth in the SA economy