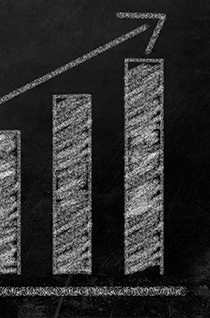 The South African Institute of Chartered Accountants (SAICA) has for the past three years run a survey among small and medium enterprises, both to learn how SAICA members can better serve the sector, and to offer relevant research findings to policymakers in government seeking to stimulate small business development.

This year SAICA partnered with Leap, in the distribution and collection of data for the survey to their audience as well.

Like many other bodies providing input, SAICA’s sharing of its SME research is a response to Minister of Small Business Development Lindiwe Zulu’s call upon all stakeholders to join with government in creating a development strategy for small, medium and micro enterprises (SMMEs) that will allow this sector to create the 10 million jobs required of it by 2030, according to the National Development Plan (NDP).

“The creation of the Department of Small Business Development (DSBD) in 2014 was an indication that government is taking small business seriously as the primary engine of job creation,” says Jeanne Viljoen, SAICA’s Project Director for Practice. “Because the DSBD is placing a lot of focus on stimulating micro enterprises, the 2016 SAICA SMME survey was expanded to include them. We had more than 1 000 responses to the SMME questionnaire, and 16% of those were from single-person operations. In fact, 62% in total employ nine people or fewer, with only around 4% employing 50 or more staff. There’s also a strong correlation between businesses that have been around the longest, and the size of their staff and turnover.”

“What is also clear from the research is that entrepreneurs are by and large optimistic,” Viljoen continues. “Across all the industries in the SMME sector, the majority expectation is that they will increase turnover, staff sizes and profits over the next year.”

According to the survey statistics, around 53% of SMMEs expect a moderate increase in turnover over the next 12 months, with 46% expecting the same of profits and 37% predicting moderate growth in staff numbers too. Substantial increases in turnover, profit or employee numbers are expected by 16%, 12% and 6%, respectively. Overall, a total of 43% thus expect to increase staff complements, another 48% anticipate no change, making optimism by far the majority position with regard to employment capacity. “That enthusiasm; that self-belief, seems to be built into the DNA of entrepreneurs,” says Viljoen.

“By their nature, those who start small and micro enterprises are self-starting hard workers; they see opportunities as well as challenges. It’s clear that many are willing and expecting to grow, although responses to several questions in the survey indicate that there are areas in which SMMEs feel government could be doing more to help them. This optimistic attitude is something that can be relied on – for the past three years we’ve seen the same thing with each survey: an optimistic attitude from the SMMEs in terms of their potential role in job creation.”

Given South Africa’s levels of poverty and unemployment, particularly among the youth, the DSBD’s focus on financing and supporting micro enterprises is quite understandable. Any entrepreneur supporting themselves with their own business represents a saving in social grants, and the efforts of both government and private-sector development agencies to support and mentor small and micro business start-ups across all industries need to continue.

However, as the 2016 SAICA SMME Survey findings also show, a key to turning the SMME sector into a major engine of job creation lies in stimulating existing SMMEs to expand both turnover and staff complement. “Turning the small and micro enterprises into medium enterprises is crucial,” concludes Viljoen. “It’s clear from the figures: with longevity come higher turnover and profits, and more people employed.”

“So if the SMME sector is going to fulfil NDP expectations and provide 90% of all new jobs by 2030, the focus should be on supporting and mentoring existing small businesses towards growth as intensively as it is on expanding the micro enterprise sector.”

Applying for a home loan? Here’s what the banks are looking...