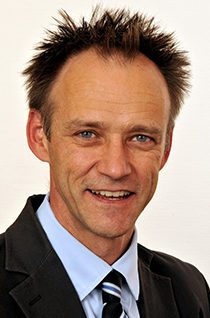 From a small and medium enterprises (SME) perspective, the current economic environment is more conducive to growth and opportunity than it was a year ago.

This is according to Ben Bierman, Managing Director of Business Partners Limited (BUSINESS/PARTNERS), a specialist risk finance company for formal SMEs. “2016 saw a shift in terms of global politics and economic issues, specifically in South Africa, which brought about stronger cooperation between the private sector, government and civil society to better foster and increase the success of SMEs in 2017.”

In the year ahead SMEs can expect better economic growth, inflation that will not be as severely impacted by rising food costs and an interest rate environment that will at worst not show dramatic increases in the prime rate, says Bierman. “These improved conditions should provide a more solid platform for local SMEs to grow and pursue their objectives in their respective sectors.”

To support this outlook, Bierman points out that economic growth on both a global and local level is forecast to accelerate moderately this year. “The International Monetary Fund (IMF) this month released its World Economic Outlook: January 2017 report which forecasts improvements in both global and Sub-Saharan African growth to 3.4% and 2.8% respectively. South Africa’s economic activity is expected to rise by 0.8% in 2017, up from 0.3% in 2016, while locally, the South African Reserve Bank and National Treasury predicts growth of more than 1% for South Africa this year.”

Bierman says that the higher rainfall expectancy is one of the contributing factors behind a more optimistic growth rate forecast for South Africa. “Coming out of a devastating drought, the agricultural sector is set for a better harvesting season in 2017. This should positively contribute to the revival of the rural economy and economic growth in general and lessen South Africa’s reliance on food imports. Even though the sector contributes less than 3% to the GDP directly, it remains important as a growth stimulus due to its forward and backwards linkages with other economic sectors.

“The commodities cycle is also picking up, continuing on from the recovery experienced in 2016. Apart from indicating increased demand, the higher prices should bode well for our current account deficit and the mining sector,” he adds.

Business confidence levels are also up from last year, says Bierman, referring to the December 2016 Business Confidence Index (BCI) released by the South African Chamber of Commerce and Industry. “December saw a reverse of the severe year-on-year decline of 10 index points in 2015, with a year-on-year increase of 1.6 index points in December 2016. This is the first time since February 2015 that this BCI has improved on a year-on-year basis, which means local businesses are more bullish about their prospects.”

“Confidence levels are an essential pre-requisite for growth in investment. With 13 out of 19 indices showing improvement on the broader confidence indices being published, we can look forward to improved levels of investment and growth,” he adds

Bierman warns, however, that there are still some dark clouds on the horizon. “The sustainability of South Africa’s social grant system is dependent on accelerated economic growth, increased job creation and the resultant broadening of the tax base. Without a concerted effort to grow our economy, the ability of Government to sustain the current levels are questionable.” He adds that other threats lurk in the prospect of a downgrade, which has not completely disappeared.

However, the South African consumer has the capacity and the financial wellbeing to increase consumption and support growth through increased demand. Levels of indebtedness have remained manageable and the consumer’s good performance in servicing the debt obligations are signs that there is capacity for demand-led growth. “The South African consumer, despite all the headwinds of 2016, continues to be well positioned to stimulate economic growth through increased consumption and, in turn, stimulate small business growth.”

Despite the challenges that face the local economy, Bierman says that the fundamentals are in place for local SMEs to have a much better year in 2017, provided that all stakeholders in our economy also play their part.

“We need to continue with the initiatives to improve the framework within which SMEs operate, namely business-friendly policies and improved access to markets from both the public and private sectors. The reduction of unnecessary red tape must also continue in order for the SME ecosystem to be conducive for business formation and growth.

“Furthermore, all stakeholders need to believe in a positive future for South Africa and take a leap of faith by investing in South Africa’s growth as this will be the first step in ensuring a positive virtuous cycle that will lead to further local growth and improved confidence. We have the capacity and the potential to turn things around in 2017, we just need to take appropriate action,” concludes Bierman.

Shifting from unemployment to unlocking potential for job creation