In a recent judgment, Joseph v Killarney Engineering (Pty) Ltd and others (JR 586 18), the Labour Court found that it did not have jurisdiction to determine review proceedings for a liquidated company if the person who instituted the legal proceedings failed to deliver the necessary notice to the liquidators.

An employee dismissed by Killarney Engineering (Company) for poor work performance while on probation approached the Metal and Engineering Industries Bargaining Council (MEIBC) for relief.

What happens when the company is liquidated?

On 23 February 2018, the MEIBC Commissioner found that the dismissal of the applicant was substantively and procedurally fair. The employee launched an application to review and set aside the decision of the Commissioner on 4 May 2018.

However, the company was liquidated on 1 July 2019 and the matter was only heard before the Labour Court on 18 February 2020.

The Labour Court noted that the key issue for determination was whether the court could adjudicate the matter, given that the company had been liquidated.

The Labour Court found that the liquidator’s reliance on section 359 was not an absolute defence as section 359(2)(b) of the old Companies Act allows the court to direct that the relevant proceedings should not be considered to have been abandoned.

In this case, the employee failed to provide the liquidators with the required notice and condonation was not sought from the Labour Court.

Furthermore, the Labour Court held that it lacked jurisdiction even to entertain the condonation application, because that falls within the Companies Act, not the Labour Relations Act 66 of 1995. This is in line with a previous decision of the Labour Court on the case Direct Channel KwaZulu-Natal (Pty) Ltd v Naidu and Others (D879/10).

In the circumstances, the application was dismissed due to lack of jurisdiction. No order was made on costs. 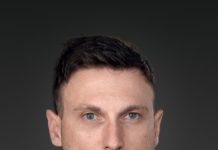 Dagga in the workplace!