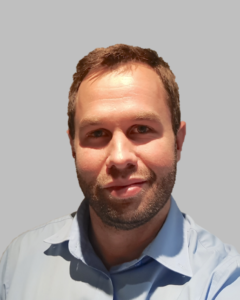 Discovery CEO Adrian Gore mentioned at the recent Leadership Summit that there is an element of ‘declinism’ – a pessimism about the state of one’s country – in South Africa, and that it did not accurately represent the situation facing our country.

While Gore might be correct that some things are improving, it cannot be denied that we are on a downward slope, and that if we continue to follow our current trajectory, there won’t be anything left to transform.

Speaking at the Free Market Foundation on 31 October, economist Dawie Roodt laid bare SA’s current fiscal situation and pointed out that, according to the Treasury, our GDP is expected to grow by only about 1.7% in 2019. Compared to emerging economies which invest an average 23% of GDP, SA’s fixed investment percentage is only 19%.

As a percentage of total GDP, the government spends 29%. Political vanity projects, for which we simply do not have the fiscal room – the National Health Insurance being one example – are planned and all they ever result in is increased bureaucracy, increased government size, and ultimately lower growth.

According to economist Njabulo Mhlambi, the public sector wage bill stands at about R328,000 per civil servant per year on average. This R587 billion per year for over 2 million bureaucrats and officials represents almost a third of the budget.

It was thus heartening that during his election campaign within the ANC, President Cyril Ramaphosa promised to cut back on the size of government.

Finance minister Tito Mboweni also recently alluded to the idea of reducing the size of Cabinet from an astonishing 70 ministers down to 25 or ideally 20. But at the Jobs Summit held on 4 and 5 October, Ramaphosa announced a moratorium on public sector job losses. If the President intends to stick to this moratorium, it will be a grave mistake.

Many civil servants, with respect, work in fields and areas that are not important to SA’s immediate development. Practically everyone working in the sports, arts and culture, and small business development clusters in Cabinet are not producing anything that contributes to economic growth, employment, and prosperity in SA.

Despite making some efforts, the Department of Small Business, for instance, has failed completely to represent the interests of entrepreneurs who cannot afford to comply with government’s excessive and ever-growing red tape. It has not been able to restrict in any way the new National Minimum Wage Act, new taxes, and the evermore registration and licensing procedures in telecommunications, transport, and financial services, which have been allowed to be enacted into law and have a detrimental impact on small and medium enterprises.

It is only hubris for the government to think it can have entire State departments dedicated to luxuries like sport and arts and culture at a time when we have less than 2% economic growth and practically no job creation. The taxes that SA’s diminishing tax base is providing are being thrown to bureaucracies and vanity projects that we simply cannot afford or sustain.

How do we resolve this situation?

Do we go down the same government-focused path of zero growth, or do we opt for something more radical? The solution, thankfully, is simple, and only requires political backbone.

The days of bowing before trade unions and big businesses clamouring for favours and protections need to end. The market is not intimidated by government or any movement and will wreck any country that attempts to defy basic economic truths. We can only hope that government finds the strength to harmonise its conduct with the reality of economics, rather than attempt to defy it.

Government must start by unbundling and privatising, or liquidating and closing down, all our major State-owned enterprises, like South African Airways and Eskom. Perhaps this can be done by giving all South Africans equal, freely-tradable shares in these enterprises. Air transport and electricity generation and distribution will be provided far more effectively by the private sector. It is imperative that the inefficient, and often-corrupt, hands of government be taken off the steering wheels of businesses that must be profit-driven.

The next thing government must do is repeal draconian provisions in our labour law, and allow the unemployed to get jobs without having to adhere to frequent unmeetable legal requirements. Labour laws make it expensive and difficult for people to trade with each other. The unemployed have to overcome barrier after barrier to find work. Businesses cannot employ more people as long as they have to carry such a burden of onerous legislation.

Thirdly, there must be a wholesale and comprehensive review and repeal of regulations in every field where government has decided to involve itself. The President must instruct all his ministers that for each new regulation they propose to introduce, two substantive regulations must be repealed.

Lastly, government must allow people to save money.

Roodt made the critical point that to grow an economy, you need to postpone consumption, meaning you need to encourage savings, which will lead to capital investment and consequently growth. If SA wants to reach the growth level of other quickly emerging economies, we would need to invest around R200 billion annually. But people cannot save money if their small surpluses are swallowed up by inflated food and fuel prices that are the consequence of government interference in the market.

Government must lower, or better yet, abolish onerous taxes. A moratorium must be placed on the introduction of any new tax, and the Pavlovian taxes which are never utilised for their intended purposes, like sugar taxes, plastic bag taxes, or the fuel levy, must be scrapped.

There are many faux radical political movements in SA that promise change. All of them, however, propose to do more of the same: grow government even more, and take even more money from South Africans. That is not radical. Radicalness means embracing a free market, individual freedom, and a servant – as opposed to paternalistic – State apparatus. 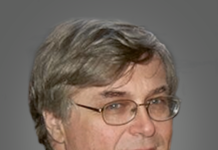 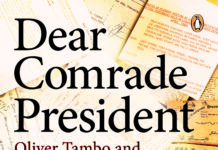 Build back better – now is the time for positive radical...