The law is supposed to fulfil two important functions in society: protecting people’s persons and property, and conflict avoidance.

When the law steps outside of these functions, the law itself becomes a source of conflict, as we have seen throughout history, especially in contemporary South African history.

Today, the law is an accessory to one among many extra-legal causes: keeping failing State-owned enterprises like the South African Broadcasting Corporation (SABC) afloat at all costs. This undermines the Rule of Law.

There’s a deeper significance to section 27 of the Broadcasting Act that few people consciously realise.

This provision, while elaborate, simply says that you are required to have a licence for your television set, and if you do not have one, you can be fined. By implication, if you continue to evade paying, imprisonment is also on the cards. These TV licence funds go to the ailing SABC.

The difference between this provision and similar provisions across the breadth of South African law that require conduct on behalf of the public and are usually treated with a modicum of concern and seriousness, is that we have reached a point where no reasonable South African, rightfully, could care less about government’s television licensing regime.

Professor Trevor Allan of Cambridge writes that the law’s “authority and validity are necessarily open to debate between citizens, each of whom retains the right, if not also the duty, to withhold recognition from rules and measures which do not command his moral assent.”

With State Capture and a down-spiralling economy, the law requiring South Africans to give money to keep the SABC propped up is not a moral or a legitimate demand that would satisfy the imperatives of the Rule of Law. Section 1(c) of the Constitution, which states that the Constitution and the Rule of Law are supreme in South Africa, is grossly infringed when Parliament allows the television licencing regime to exist, especially when South Africans no longer care to pay those licences.

Allan continues, writing that the Rule of Law “is most plausibly interpreted as an ideal of consent to the laws on the part of those required to obey them.” For Allan, adherence to the law must be weighted and balanced with other countervailing moral concerns, which might demand disobedience.

Furthermore, the Rule of Law does not require citizens’ deference to legal authority to be unqualified Instead, it requires citizens to evaluate government demands on their moral character. Indeed, the Rule of Law ‘is an ideal which envisages that every citizen should comply with rules on grounds of conscientious conviction. He should acknowledge the state’s demands as law – creating genuine obligations – only when, and to the extent that, he regards them as morally binding.‘

A choice of conscience

Government endangers the Rule of Law when it forces citizens to choose between following their conscience – and thus not throwing their hard-earned money down the pit of SOE financing – and being punished for disobeying the law.

Obedience to the law and obedience to one’s conscience should, ideally, never contradict one another. ‘From the perspective of the dissentient, who repudiates the state’s command as a source of obligation, he is forced to submit to naked coercion whose legitimacy he denies.’ Social cohesion and ultimately democracy are threatened when people start regarding the law as antithetical to their convictions.

The mentality that any problem can simply have a law thrown at it is a direct attack on the legitimacy and the majesty of the law. If government wants the SABC to survive outside of a market context, it must go to South Africans with its hat in its hand and ask them, nicely, for money. Forcing them, at threat of a fine or imprisonment, to cough up the dough, is a despicable undermining of constitutional democracy.

In the interests of protecting the integrity of the law, section 27 of the Broadcasting Act and similar provisions in other laws, should be repealed. There is a pressing need to restore the law’s dignity and this can be done only if the law is used to protect person and property and not used as a tool of expediency in the arsenal of the political class. 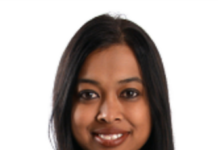 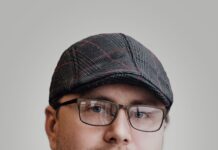 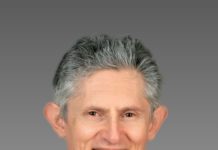