HTC have just launched another flagship device for 2015.

Following on the HTC One M9 is the HTC One A9. It’s a full featured well specified device which HTC hope will catch the imagination of buyers and help HTC regain its relevance in the smart device market. Steven Ambrose takes the new HTC One A9 in fetching dark grey through its paces and sees how HTC fares in a competitive market.

HTC have a long and proud history of innovation and market leadership in mobile devices, with notable firsts such as the first Android phone on the market and many others. HTC’s fortunes have waned of late and they are struggling to compete in a crowded high end market and way overtraded midrange. The scale and power of companies such as Samsung, Apple, and smaller players such as Huawei and LG as well as Sony have made the smartphone market super competitive and great build quality, an HTC hallmark, is now almost common place.

The latest HTC Flagship is a polarising device, its detractors have dubbed it an iPhone 6 clone running android. My first impression is that they are completely correct. HTC claim they did full aluminium with antennae stripes first, well before Apple, even so the dominant brand that being Apple do it so well and so visibly. It is not the that these are features of the new A9 as well, it’s simply the entire look feel and presence of the A9 is completely iPhone 6.

The new HTC A9 features a full aluminium body with smooth rounded edges, a front glass screen that curves down to meet the body and bold clean antennae strips on the rear with a centrally mounted circular camera. At first glance and even after some hard looking the similarities are completely obvious and it would be hard not to mistake the one for the other.

Is this a bad thing? perhaps not, the HTC One A9 is beautifully built and finished and feels light and well balanced in hand and has a really good 5” Full HD screen. There is also a button on the lower edge that is actually a fingerprint reader but does act as a home button. The internal 32Gb storage can be expanded via Micro SD cards and the A9 takes the now common Nano Sim.

The rear features a 13 MP camera with Optical image stabilisation and a front Ultapixel front camera with a wide angle lens which offers really good selfies even in challenging light. The camera is one of the better cameras from HTC in a while. It is definitely superior to the HTC One M9 of earlier in 2015, and offers sharp, clear, and well balanced pictured in most light. In low light or challenging light, the pictures can be grainy or washed out. The camera is good overall just not great. There are many competitive devices with cameras that take better pictures overall. If the best mobile camera is needed than look elsewhere for that. In normal use and for social media and just happy snapping the HTC A9 camera is very good.

The included Android 6 supported fingerprint reader is fast accurate and useful. I found that I kept treating it as a home button as it is placed exactly where Samsung and Apple place their home buttons. The HTC Reader has no click but if tapped does act like a home button in most cases, it just was not absolutely consistent and can be a little confusing.

The processor is distinctly mid to upper in the Qualcomm range, being the Snapdragon 8 core 64 bit 617. The internal Ram is 3 GIG which aids the snappy performance. Despite this the HTC One A9 performed really well with no lag no stutter and a fluid fast performance. The lack of sheer power only showed up in one or two very processor intensive games.

The lower power processor and the lower resolution screen has one big benefit, that of good battery life. The HTC One A9 has a 2150mAh battery, which is small in comparison to many other competitive devices, but in actual use gave a full day of use and then some. Charging was fast and overall battery life was simply not an issue despite some heavy usage.

This is the best part of the HTC One A9. Out of the box Android 6 marshmallow is included. The latest version of the Android operating system looks very similar to the older version 5 but has changed significantly under the hood. Many new features like integrated finger print reader options along with vastly superior battery management tools are baked right in. Without reviewing Android 6 itself the latest version of Android is the best yet, integration of features along with smoothness and lack of rough edges is the main benefit.

New features such as context sensitive search and suggestion in any app are built into Android 6, for example holding down the home icon brings up app context sensitive info and suggestion from Google, it worked well were it is supported by the app, not many are enabled but will grow with time, and was really clever. Google Now, which is almost artificial intelligence is also standard and will integrate with your calendar and other Google Apps to offer scary info unasked, such as a notification to leave now for your next appointment as there is heavy traffic on the suggested route.

The HTC One A 9 also features my absolutely favourite Android skin, called Sense. Version 7 of Sense is cleaner faster and even more tightly integrated into Android. This is also the lightest skin from HTC as Android 6 fixes many of the user interface issues that Sense took care of previously. Sense 7 make using the HTC One A9 simple, fluid, fast and pretty intuitive, first time users will have no problem at all setting up and using the phone.

Al the regular Android apps are there and HTC have now integrated all their own Apps into the App store so update and integration is from one place and very organised. There is a highlights panel with one swipe from the home screen and this acts like a flipboard type news feed. It can include your social media feeds and chosen news feeds. I have always found this to be a fun easy way to stay on top of all the info flowing into all the apps every minute

The new HTC One A9 is a really good phone, it has one challenge that is best summed up in a song by the Bee Gees and the chorus goes as follows:

“I’m just the man in the middle

Of a complicated plan

No one to show me the signs

I’m just a creature of habit

In a complicated world

Nowhere to run to

The smartphone market is brutal currently, with Apple and Samsung dominating most of the profits and sales. Good may not be good enough and smaller players such as HTC have to work 10 times as hard to stay on top, or even relevant. The man in the middle is not an enviable position and in so many ways that is exactly what the HTC One A9 is.

The HTC One A9 just does not stand out. It is a really good device, with good performance, good specifications, and my preferred android experience. I just don’t think it does enough to justify its flagship status in the world of exceptional smartphones. The specifications are more mid-range than high end, the performance is close to high end though. The price at around R10,000.00 is not that competitive as well.

For HTC fans the HTC One A9 will not disappoint and is available from MTN and other operators on many packages. 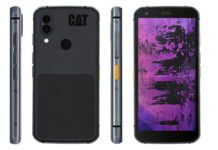 REVIEW | CAT S62 Smartphone – tough and ready for anything 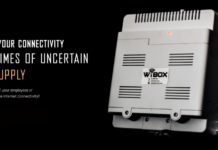 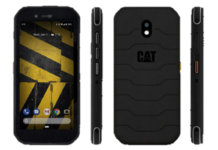