State-Run Fund an ill-considered idea, will add to economic woes

Chris Hattingh - 30th Aug 2021 0
The Department of Social Development’s Green Paper on Comprehensive Social Security and Retirement Reform will, if adopted, result in the most harm for those it is ostensibly intended to benefit. We call on government to urgently reconsider any proposals that increase the state’s power over citizens’ financial affairs and urges all South Africans to resist the proposals contained in the paper.

bbrief editor - 4th Aug 2021 0
Read our exclusive cover story titled BUILD BACK BETTER | NOW IS THE TIME FOR POSITIVE RADICAL ECONOMIC TRANSFORMATION! by Chris Hattingh, Deputy Director Free Market Foundation, Member of the advisory council Initiative for African Trade and Prosperity and Senior Fellow at African Liberty, as well a host of other topical management articles written by professionals, consultants and academics in the August/September 2021 edition of BusinessBrief.

Human progress, prosperity and happiness as a consequence of economic growth

Temba Nolutshungu - 2nd Dec 2020 0
It is a reality of human nature that across all cultures all people perpetually strive to make improvements in their socioeconomic circumstances. A dream that all human beings strive to achieve. An opportunity to eradicate poverty and can come in a form of a job, education or even becoming a home-owner after an awfully long wait.

Daryl Dingley - 5th Jun 2020 0
A number of fundamental changes to the Competition Act demonstrate government's strengthened policy commitment to drive radical economic transformation in South Africa and are likely to be more regularly used in the midst of COVID-19.

Lullu Krugel - 15th Feb 2018 0
President Cyril Ramaphosa will deliver his maiden State of the Nation Address (SONA) on 16 February 2018. The annual speech kicks off the Parliamentary year and focuses on the country’s current political and economic situation. Regarding the latter, South Africa experienced deteriorating economic conditions during 2014-2017, and there is great hope for an improvement in economic growth during 2018 under the new administration.

Deon Oberholzer - 10th Jan 2018 1
As more South African politicians and policymakers call for “radical economic transformation” (RET) and others are suggesting “smoke and mirrors”, RET is not possible without a radical change in the way South African businesses see transformation as a whole. 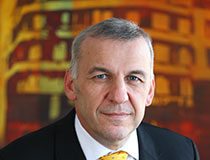 Impact of changes to economic policies

Ian Matthews - 17th May 2017 0
The phrase "radical economic transformation" is on everybody's lips and the international economic world is watching South African politicians to see how this phrase will play out in changes to the economic policies. 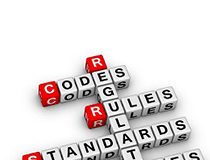 Terrance Booysen - 16th May 2017 0
In his State of the Nation Address in 2017, President Jacob Zuma noted the intention of the South African government to influence the behaviour of the private sector and to drive economic transformation. 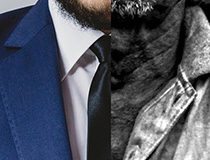 Mills Soko - 24th Apr 2017 0
Talk of radical economic transformation, a concept that has dominated public discourse in recent months, is an outcome of government policy failures, which have left the majority black population on the margins of the mainstream economy, speakers argued during a panel discussion organised by the University of Cape Town Graduate School of Business (GSB) on Wednesday 19 April. 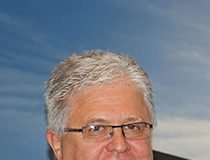 Gerhard Papenfus - 13th Apr 2017 0
It’s all about who owes what and how much of it as well as the colour of the owner - and a deep rooted grievance which still has to be settled. 1994 gave us temporary reprieve - but the Rainbow experiment has ended - and we're all to be blamed for it. In 2007, the so-called 'second phase' of the National Democratic Revolution was adopted in Polokwane. It advanced in 2012 in Mangaung. Business did not take any of that seriously - they thought (perhaps hoped) that things would remain the same. It didn't.
12Page 1 of 2

Black November – make this a season of festive cheer and...