Peter Rigby - 1st Mar 2019 0
An Exchange Traded Fund (ETF) is an investment fund, traded on stock exchanges, which are an attractive proposition due to their low costs. Terms such as passive investing, low cost investing or indexation investing are terms often used to describe this strategy. The purpose of incorporating ETFs or passive portfolios into one’s investment strategy is to manage costs over the long term.

Jaco Prinsloo - 25th Feb 2019 0
The close of the tax year is drawing near, meaning those wanting to make use of the tax-free savings account allowance have their last opportunity on February 28 to put money away in the current tax year.

Shohana Mohan - 18th Feb 2019 0
Against the backdrop of the weakening Rand, the pain point of the increased marginal tax rate of 45 per cent, the increase in the VAT rate by 1 percent in April 2018 and the decline in household spend, can South Africans really afford another tax rate hike?

Madelein Grobler - 13th Feb 2019 0
As an election year, a second State of the Nation Address (SONA) will probably be held during June 2019 wherein the newly elected government will present their programme of action for the 2020 financial year. The SONA address that was delivered by President Cyril Ramaphosa on Thursday 7 February 2019, accordingly reflected on the Medium Term Strategic Frameworks designed and implemented in the past five years.

Lifting the lid on the VAT increase

Dr Gilad Isaacs - 26th Feb 2018 0
The VAT hike as part of the 2018 Budget Speech poses the risk of eroding the spending power of poor and lower-income households, exacerbating poverty and increasing inequality. VAT is a regressive tax - Value added tax (VAT) – charged on most goods and services at a rate of 14% – is levied irrespective of how much somebody earns, making it a regressive tax.

The taxing question of Bitcoin

Christopher Renwick - 6th Feb 2018 0
The big question on everyone’s lips however, is twofold: How will cryptocurrency be taxed by the South African Revenue Service (SARS) and what will the exchange control standpoint of the South African Reserve Bank (SARB) be?

Madelein Grobler - 26th Jul 2017 0
Corporates 'can' acknowledge that winding up a dormant company within their South African group of companies can result in a tax headache.

Tax avoidance could be a tax trap 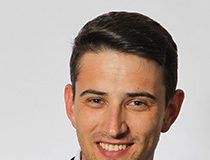 The calm before the storm

Tertius Troost - 27th Jan 2017 0
With less than a month to go before the 2017 Budget Speech, attention is shifting to possible tax amendments expected to be implemented in the new tax year.
12Page 2 of 2