From the time of the origins of humans when hunter-gatherers ran across the open Savannah chasing a buck for dinner, all people have been constantly immersed in radio waves.

Way back then it was radio waves from deep space, but then shortly before the Boer War, Heinrich Hertz showed that mathematical predictions of the nature of electromagnetism were correct and that radio waves could be intentionally transmitted from one antenna to another.

So today your hi-fi and electrical wall plug show frequency in Hertz (Hz). We laugh when we hear that a news reporter asked Hertz what were the practical applications of his work and he replied; ‘none, I just wanted to show that the mathematical predictions of electromagnetism were correct.’

The maths also showed that radio waves and light were the same thing, it was only the frequency which was different. As the 20th Century progressed, the whole electromagnetic spectrum was investigated in extensive depth, from the lowest frequencies to the highest.

They are all the same thing, but with different frequencies. The different frequencies result in different properties. For example, the human eye has evolved to see that part which we call light. Researchers say that some insects appear to be able to see some Ultra Violet (UV), but people can’t.

All types of radio-wave devices exploded onto the world stage, particularly over the last half-century, and radio-wave traffic of all sorts increased dramatically.

So people are now daily exposed to FM radio, TV broadcast, police radio, aircraft positioning beacons, and at times other types, such as X-rays or other medical scanners.

Because of all the commercial and military applications, scientists have investigated everything that can be thought of concerning electromagnetic radiation. That includes biological effects, so as to develop medical x-ray devices, airport X-rays, medical MRI scanners, and anything that a scientist could find. Then it was all repeated, again and again.

Meantime, other applications were developed and the first cell phone came about in 1983. But it was then called a car phone and was about the size of a modern laptop, but about 10 times as thick.

After that first generation of phones, which worked with ‘spacial cells,’ later generations became smaller and better. There was a second generation, or 2G, followed by 3G, as even newer ideas occurred to the developers.

South Africa’s first cellphone small enough to be carried clipped to one’s belt came on the scene just before the dawn of the 21st Century. But they were aimed at senior business people and the wealthy elite.

Nobody could imagine then that in due course schoolchildren and the pizza delivery man would own cell phones, but now South Africa has one of the world’s highest cell phone penetration figures.

The rapid world demand for this great idea spurred on the developers. They figured out how to send text messages, with South Africa being one of the world’s first to do this. Then they found out how to send pictures, then small video clips.

This meant that developers had to come up with a new generation of phones, which could send messages, then images, so they created a 3rd-generation, 3G, then 4G.

The target was to send even more data and longer video. This target was 5G, but an interim step was called LTE (Long Term Evolution), or ‘trying to achieve the 5G target’.

Currently in cellphone evolution the transmission of data has become more of an issue than voice to voice talking.

The latest generation of what a phone can do is 5G. A 5G system is going to be about a 10-fold improvement on the 4G system. So what does this mean? The three big differences are; improved speed, bandwidth and latency.

The ‘latency’ is the speed of your phone’s response to a signal. This means that in a video game you can shoot down space invaders faster because the reaction time between your phone and the system is faster. Oh great! But there are other implications, like ordering a pizza to be delivered to your house by drone, which lands in your backyard next to your garden chair.

The improved 5G system will allow for the faster reaction time and high data flow rate required to control the drone, and for the drone to use GPS to navigate and land accurately.

To achieve this, the 5G will need many more signal antennae. The simple physics reason is that the higher frequencies required for the high data transmission don’t travel very far, so one needs more antennae to cover any given area. But the antennae will be much smaller than before and can fit on a lamp post, rather than needing a large tower.

More antennas also allow for more accurate positioning, like guiding you to the front door of a restaurant.

The 5G is not only for cell phones but will be able to be linked to all sorts of devices like the drone, your PC, or your car. So who knows what new ideas people will discover.

Some people worry that ‘the government’ may be able to watch which gym you visit, or where you are sitting on the beach. Yes they could, if you were interesting enough to concern them, but if they actually do it is a legal issue requiring a court order, so it is a society issue as to what any country will allow under its constitution.

On the other hand if this worries you, you could be terribly cunning and just switch your phone off.

To achieve the higher data transmission and also the positional accuracy, it is necessary to use higher frequencies. But higher frequencies do not penetrate very far into anything, so you need more antennae spread around, but at relatively low power.

The term ‘high frequency’ can sound scary and some people have taken fright. There have been accusations that the new high frequencies could cause cancer, but they are so low powered that you can’t get more than about 1% of the dose limit that is classified as a ‘safe’ dose by the International Agency for Research on Cancer (IARC) a division of the WHO.

By the way IARC classifies coffee and pickles as potential carcinogens in the same category as 5G electromagnetic radiation. You would have to eat tons of pickles and drink barrels of coffee for years before you need worry that you’re getting anywhere near the defined ‘safe dose threshold’.

The 5G, at the extremely low-power used, will not be a concern at all. When 4G arrived there was concern about cancer then too, with some people showing pictures of trees supposedly 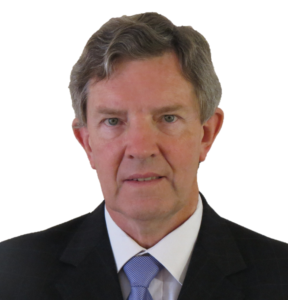 killed by being close to a cell phone mast.

The ranges of 5G frequencies being used have been examined by scientists for years, long before 5G for cell phone use evolved, and no concerns have been shown to be anything worthy of worry.

The evolution into a 5G world will bring in efficiencies and new ideas which are now a just a dream curiosity, just like email and GPS were, not so long ago. 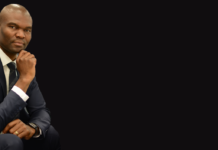 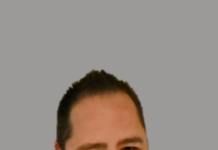 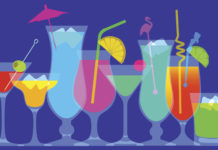 Why finance should embrace Industry 4.0

Is security ruining your integration project?