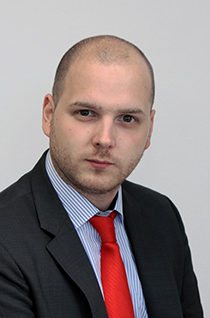 A new ranking highlights some of the dangers and risks facing South Africa’s banks – an industry that has been rocked by recent revelations of collusion and currency fixing, resulting in the Competition Commission referring to the Tribunal for prosecution against 17 banks.

Failure of a bank

Designed by two students from the University of Cape Town (UCT) African Institute of Financial Markets and Risk Management (AIFMRM), the SA Financial Institution Systemic Risk Ranking rates South African financial institutions according to their contribution to systemic risk – which is the likelihood that the failure of a bank would lead to the failure of the financial system as a whole.

“We thought it was very important to understand the financial system as a whole and to be able to look at who is putting the system at risk and why,” says Qobolwakhe Dube, a PhD student at UCT. “We used a lot of statistics and mathematics to arrive at our model, which can be updated easily with a few clicks of the button,” he says.

The model is an adaption of the SRISK model, which was developed by Nobel laureate Robert Engle from the New York University’s Stern School of Business following the financial crisis of 2008.

“It is especially valuable for policy makers and regulators to know which companies contribute most to systemic risk and may be in need of additional scrutiny and oversight,” says UCT Masters student and co-founder of the ranking, Trésor Kaya.

The point of the systemic risk ranking is not to identify institutions that are at risk of failure, but to look at which institutions would have the greatest impact on other institutions should they fail.

According to Dube and Kaya’s model, this would be the Standard Bank Group, which leads the ranking quite significantly at 25.56% before Barclays Africa Group at 13%. In third place is the FirstRand Group at 12.94%.

“It is significant because it shows that only three financial institutions constitute up to 50% of all systemic risk in South Africa,” says Dube. “This is why it was possible for them to collude on fixing the rand. There is too much concentration and a lack of competition, which is not healthy for the industry.”

Systemic risk is affected by factors like the company’s share price as well the activities the bank engages in. Liabilities also come into play as well as to whom the banks owe money.

Comes at a crucial time

“Our ranking will be most beneficial to those in industry, to the regulators as well as policy makers,” says Dube. “It provides novel and very useful information and helps financial institutions to internalise their systemic risk contribution.”

Dube and Kaya intend updating the ranking frequently and have made the code they used freely available as open source.

Dr Co-Pierre Georg from the AIFMRM who supervised the students’ work explains the ranking’s significance, “I am very proud of our students. It is the first time that a ranking like this has been done in South Africa and it comes at a crucial time.

The concentration in our banking system has many adverse consequences. Our ranking provides an academically sound motivation for regulators to start thinking about a systemic risk tax that would help in making the sector more competitive and protect South African tax payers in the unlikely event of a banking crisis.”

He said the research opened further fields of possible research related to the systemic risk in South Africa.

Dr Co-Pierre Georg | Senior Lecturer at the AIFMRM and the Convenor of the MCom in Risk Management of Financial Markets | http://www.aifmrm.uct.ac.za/ | cogeorg@gmail.com | 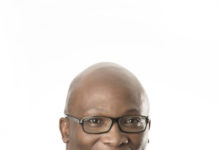 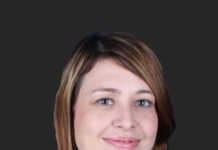